Why You Should Never Date A Kenyatta University Chick 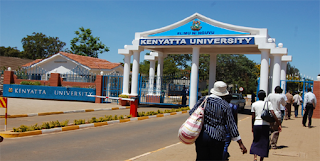 She always spots a wig semester in-semester out
Wigs are dirty, smelly, unkempt and surely unattractive. One thing is clear though for sure.  That the gal in question has no sense of being a naturalist, and she is incapable of maintaining a natural hair. So if she can’t take care of a small thing such like her hair, how will she really take care of a bigger responsibility such as you? This kind of gal has lost the taste for combs to synthetic things that are a major threat to the ecosystem. This means that she cares less.  Women who put on wigs have low self-esteem, and their dignity is normally in question.  Natural hair is a symbol of not only beauty but also acceptance in broader African culture.
On weekends: she is ever visiting her uncle in Zimmer or Kasarani to Kile
We have become used to a gal saying she will be visiting her “uncle” over the weekend. This kind of chick prefers the much older men as her cup of tea.  She normally has a penchant for liking them advanced in age and wealthy. And of course twists her nose at those in her age bracket and outgrows her male peers whom she thinks should not waste her good looks.  This chick will never consider having a stable and/or a serious relationship, since she will be busy chasing a lifestyle reliable on older and wealthier men, even after graduating.  Dude; just simply write her off if your plan was to introduce yourself to her.
She is always at the Annex and smokes a cigarette after a cigarette
If you are a gal, there is nothing wrong with hanging out at the Annex. But doing it on a daily basis is rather disturbing.  Rather, as a young gal, you should be busy taking care of your man by tidying up his room, washing his clothes et cetera. This will in fact help you nurture your womanly responsibilities and instincts a great deal.  But going to the Annex on a moderate basis sounds great.  You see, as this chick advances in life, you still will never fail to find her in a pub drinking contentedly with a man of course.  With time she will end up being a full-blown alcoholic. And she will start competing going to the bar with you.
If she is a smoker, she doesn’t look any cool. In fact, a woman who smokes produces more testosterone than estrogen.  And tends to hang out more with men as well as competing with them. Do your math, cleverly, mate.
She refers to chips as fries and juice as “joose”
This kind of gal falls prey easily to influence. Second. She is not creative to make the matter worse.  This means that she has watched a lot of cheap, mushy Mexican soaps that influence the way she sees things, even her accent!  So if she went to Saud Arabia, she would come back with a rusty American accent.  Soon enough, she will start referring booze to cognac and panty as spandex. And since she loves to experiment with nearly everything. She has the penchant for using the products that she sees her peers using. In short, this kind of gal is not real to herself, so how do you expect her to be real with you? Don’t even think about introducing yourself to her. Run, bro. Just run.
She likes plastic shoes
So she loves her slip-on plastic sandals? That then tells you for one that she suffers from a fashion deficiency.  She will dress, of course, far too worse than Lady Gaga. To make it even worse. Her lack of any sense of fashion is normally accentuated by a high-tinted monochrome bob of wig that is usually five weeks old. Smarten up, ladies. Make an effort.  And if I were you, bro,  I would just simply consider backtracking my ulterior motive of offering her my overtures!
She has hair on her armpits and likes to moisturize her skin with fair-and –lovely lotion
Yes. That means for one thing that she is way too cheap than calling YU-to-Yu network. Fare-and-lovely skin moisturizer lotion should only be used by a mboch who earns very little per month. OK.  If she can’t remember to shave her armpits, then it is more than just what meets the eye. So how do expect her to tell you to shave your beards when they are looking really bad and ugly. For sure this kind of gal can’t take care of you as well as of herself. She of course seems quite untidy even down there. So. Move on, just move on. Mate!
By Campus254
Tahidi High’s OJ Is Now A Dad < Previous
Silvio Berlusconi Escapes To Malindi Before Serving Jail Term Next >
Recommended stories you may like: