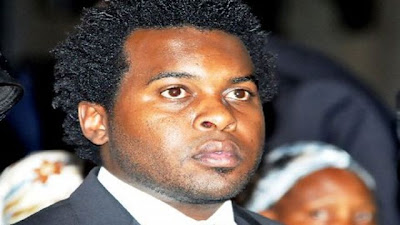 A man, Sebastian Maina Ngunju, has gone to court claiming that the late internal security minister Prof George Saitoti’s only son, Zachary Musengi is actually his. He claims that Zachary’s real name is Stephen Wachira, and was abducted 24 years ago at their home in Subukia.
He says he reported the abduction to the police, but has since been unable to pursue the matter following threats.
Maina adds that when he reported the matter, a lady suspect, who happened to be his neighbour was arrested, and she later confessed having been contacted by a police officer to get him a child. “The woman was charged after the intervention of then CID Director Noah Arap Too. It’s during the investigations that I learnt the whereabouts of my son from CID officers who were involved in the matter,” he states.
He says that during the hearing of the abduction case, one of the investigating officers told him that his son had been taken by the vice president, Prof George Saitoti.
In an affidavit filed before the Nakuru Law Court, maina says that all but one witnesses have since died.
When he saw Zachary on TV during the minister’s funeral, he was surprised by the resemblance he had with his other children. “To my surprise it was him. He resembles my children and without any doubt I recognised him,” he said.
Maina then contacted John Cardinal Njue to broker a meeting between him, Saitoti’s wife and Zachary, but has not been successful.
© nairobiwire.com
Mohammed Ali Confirms John Allan Namu Is Joining Him At KTN < Previous
Kenya To Manufacture Its Own Armoured Military Vehicles Next >
Recommended stories you may like: