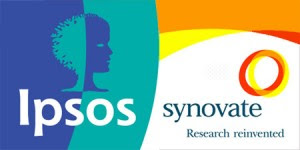 Following this week’s revelations of alleged malpractices at market research firm Ipsos-Synovate Kenya, nairobiwire.com has continued to receive emails from an employee or a group of employees from the company, shedding more light in what is emerging as potential deep rot at the Westlands based company. In a lengthy email sent to us yesterday, Synovate management has been accused of tribalism, sexual favours and opinion poll doctoring.
The author/authors of the email starts by saying, “We are employees of Ipsos Synovate Kenya and we are not happy with the way the operations of the office is ran”. It may not be possible to determine whether the author is a single disgruntled employee or a group of genuinely concerned employees, but the scope of information provided in the 1200 word exposé, may be unavailable to a single worker.
Due to the nature of some allegations, we will not publish the entire mail.
“Maggie Ireri or Margaret Ireri as she nowadays calls herself is not so much of a bad manager only that she is surrounded by tribal individuals who want to turn the company into… Wahiu Richard one of the senior most directors doesn’t have a job description apart from frustrating the employees and cutting off budget. Apart from your degree in mathematics what else do you have? Is this one of the reasons why you frustrate people who are more educated than you? Like of Betty why did she go! Muthoka why is he not the head of research? ” read excerpts of the email.
Wahiu is also accused of irresponsible behaviour with junior female staff, some of whom have allegedly been sacked for not bowing to his demands. “We know you are eyeing Immaculate Akinyi, the new lady. Try and we tell your wife. Remember the scandal you had with her (your wife)? Shame on you.” The author writes.
Wahiu is also said to have been responsible for the unfair sacking of several workers, among them:  Betty Ochieng, Thomas Nyadimo and Tom Oketch. “Nyadimo and Oketch were two uncompromisable individuals and were up to their work.” The author writes, “In fact Oketch’s name was QC as he was dedicated to his work… Exit all those enter Anthony Wanjohi Who despite being suspended by David Sommers for mis-appropriation of funds, was rewarded in Kenya by being operations manager…”
Peris Mburu, another top manager also comes under attack for alleged unprofessionalism. ” Peris does not even have papers, that’s why she does not perform… Peris made Fred Imbo go after she unprofessionally sent a mail of their discussion with the MD to the whole company staff hence making the guy uncomfortable.”
Another worker under attack is Muthoni Njuguna, who is accused of inefficiency and loose manners. “Muthoni cannot even sell, Emily Were does most of the work in SBDU yet we have Wahius’s crew as the head…  Emily is on her way out don’t try to stop her. What credentials does Nancy Cheruyot have to be a field manager, does she even know how to use SBS? Mary Wamucii is a form three drop out yet she is being employed as a field coordinator, Ruth Kamau certificate in computer, William Mutahi Diploma in Hotel yet we have degree holders being wasted as field interviewers, when are we going to stop this ! No wonder Ezekiel Opande had to resign as he felt wasted.”
Two members of staff, Victor Rateng and Tom Mzungu are also mentioned. They are said to brag about how they share an illicit affair with a senior manager. The efficiency of one Rachel Mukami is also brought into question, and so is George Kaburu. “George all you know is to gossip with female staff and have Bella visit you 100 times a day…”
The author repeats his/her previous sentiments that the opinion polls released this week were doctored and promises to ‘tell Kenyans how’.
In conclusion, the author writes a note directed to ‘Mr President’ , probably Ipsos-Synovate president.

Mr. President,
The employees morale is down. Our suggestion is that you shuffle the top management and bring in new people like Mr Sommers or any one else. And please don’t take them to the same countries as they will kill it, or better still sack them we also have evidence of the way politicians come and leave a lumpsum amount of money so that the opinion polls can be doctored. The latest maoni polls were doctored and we are writing to Kofi Annan foundation and southern consulting

Please deliver us from this rot

You have the right to reply

Heard or seen anything interesting, email us on [email protected], or use our contact button above.
© nairobiwire.com

"Win Back Ruto And Mudavadi Or Lose" Esther Arunga Tells Raila < Previous
Meru University Suspends Student For Tweeting About The Sorry State of The School Next >
Recommended stories you may like: