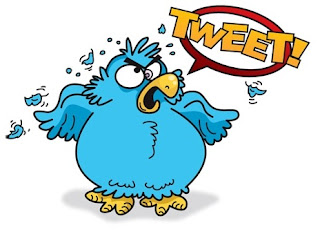 Cyprian Nyakundi, a second year Actuarial Science student at Meru University College has been suspended for what the institution termed as ‘tarnishing its name on social media’. In a series of tweets and Facebook updates, Nyakundi expressed his disappointment at the sorry state of the institution, but it turned out the school does not accept criticism.
On 10th September, Nyakundi received a letter signed by the deputy principal, Professor Gitonga Mburugu, requiring him to present himself before the University Disciplinary Committee on September 18th. Part of the letter stated, “You are Tarnishing the Image of the University through the use of Social Media”
The following are the tweets that got him into trouble

1. “There are no enough chairs and we have to carry chairs (from block) AA to the workshop (which is too far)”

2. ” At the Cafeteria, students scrum for food because the population of admission compared to resources budgeted is too high”

3. “The road from the University to the Nchiru town, which is the nearest is very dusty”

4. “The Library is not updated and the books are outdated, with no infusion of books that address modern challenges of the professions we are being ready for in class”

5. “The Deputy Principal Academics should get serious with his work and the Dean should wake up and address our concerns and the Principal should watch out and be keen on Student Affairs”

More than two weeks since his appearance before the committee, Nyakundi received three letter, all dated September 25th. One was a warning letter while the rest announced his suspension from the university for one academic year.
Immediately after receiving the depressing news, Nyakundi contacted blogger Dennis Itumbi, who then started a twitter campaign, #LetNyakundiTweet, hoping to compel the school administration to lift the suspension and move with time.
Credit [Dennis Itumbi]
© nairobiwire.com
Shocking Revelations of A Synovate Staff Member < Previous
Major General Hussein Ali Sh 200 Million Mansion Next >
Recommended stories you may like: