No word on actors’ contracts yet. 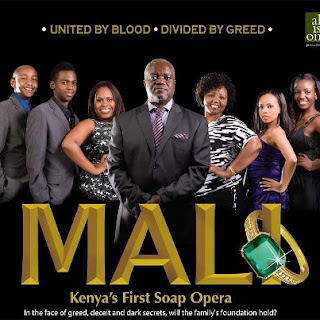 NTV’s TV show Mali, is facing imminent cancellation following a combination of wrangles and under-performance. The actors went on a break in June, expecting to resume shooting this December. By now, they should have received new contracts, but that has not been forthcoming and signs are they will not be handed any.

Some actors have quit the production citing varied reasons. Tony Maina, who plays Mali CEO, is one of them. He said “There was a lot of belittlement and turning noses up at actors, which  was demoralizing and counter-productive. This, I felt was not right given that they were sacrificing a lot for the show both both fiscally and emotionally. Due to issues to do with alignment of perceptions and expectations, I felt that perhaps I may have given all I could under the circumstances. And since nothing was working, I decided to leave during the break because these differences  with production were beginning to become serious.”
Alison Ngibuini, the show’s producer, has also come under attack for her continued threats to the actors. She is said to have severally threatened to fire all her actors, leaving only the main cast. This she did repeatedly especially when the actors made demands for better pay.
© nairobiwire.com
Prezzo Meets Jay Z < Previous
Kenyans on Twitter Demonstrations.. In Pictures Next >
Recommended stories you may like: