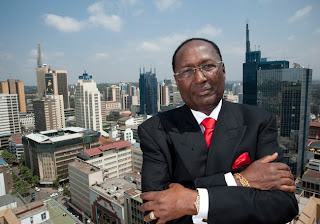 Kenya is home to East Africa’s top business leaders who control a huge chunk of the region’s economy. They form the inner circle of economic strategy formulation in Kenya and are the drivers of the private sector. In terms of personal wealth, they are some of the wealthiest individuals not only in Kenya but also in Africa.