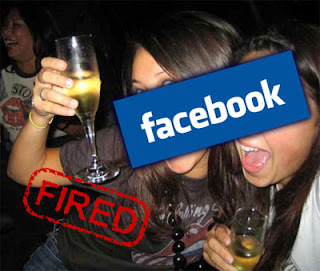 Majority of Kenyans increase their activities in social media sites such as Facebook and Twitter when under the influence of alcohol, a new survey shows.

The survey by mobile advertising network, InMobi Africa, reveals that majority of Kenyans consumers turn to their mobile phones to post updates on the social media.
According to the study, 78 per cent of the respondents confessed to that their social media presence increased on occasions when they were under the influence of alcohol, by sharing the fun moments with friends virtually.
“For us, though, the most interesting thing to come out of this survey is that for most consumers, mobile is a better medium than TV,” said Ms Isis Nyong’o, InMobi managing director for Africa.
The insights into the habits of the average Kenyan tech savvy drinker provide an opportunity for firms to engage consumers through social media sites by using online coupons for discount promotions and special offers to spur sales.
Because people have their mobiles with them all the time, Ms Nyon’go says, brands should take advantage of this platform to influence consumer behaviour.
The InMobi survey conducted through mobile phones found out that 55 per cent of Kenyans drink to celebrate special occasions and a further 37 per cent use drinking sessions to bond with family and friends.
The survey was carried out in July this year and polled 750 respondents in major urban centres across Kenya to understand drinkers’ preferences and mobile engagement levels to assist brands in developing mobile marketing campaigns.
Drink-tweeting, chatting and blogging as is now called, has emerged as one of the outcomes of Kenya’s deep mobile teledensity which now stands at 75.4 per cent; with mobile data and Internet access accounting for 98.9 per cent of total Internet subscriptions.
By DAVID HERBLING for Business Daily
Kalonzo Set To Be Raila’s Running Mate < Previous
Village Chief Dies After Month Long Erection Next >
Recommended stories you may like: