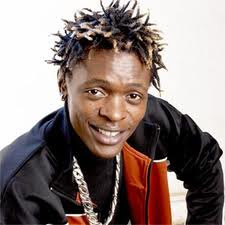 Jose Chameleone’s weekend visit to Kenya was less than perfect, after the Ugandan singer reportedly snubbed Uganda’s ambassador to Kenya Angelina Wapakhabulo. Chameleone took the stage at Deep West in Langata at around 2 am and gave a 40 minutes performance of some of his hit songs including ‘Dorotia’ and ‘Mama Mia’, plus his latest hit, ‘Valu Valu’, which he did twice.

After the perfomance, the ambassador was invited on stage to give a speech, being Uganda’s 50th independence anniversary. She requested Chameleone to join her on stage, but the later was did not honour the request. She said, “We are here as Ugandans for Jose Chameleone, I don’t think, I can continue without Chameleone, where is Chameleone? Ask him to join me on stage and to bring Daniela (his wife) too.”

The singer did not show up despite the ambassador repeatedly calling out for him. This is despite the fact that the good diplomat and the entire crowd had waited for him until 2 am.
© nairobiwire.com

Kalekye Mumo Finds Love On Facebook ?? < Previous
Lavin Asego Wedding This Weekend Next >
Recommended stories you may like: