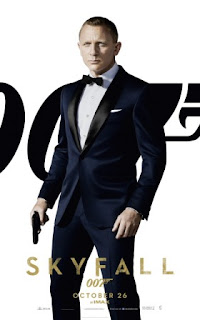 The 23rd James Bond movie, SKYFALL, is set to premiere in Kenya this Friday, October 26th, making Kenya the first country to view it, alongside the United Kingdom and other selected countries. Coca cola through its recently launched Coke Zero is behind this clever move.
However, if you have plans for the weekend, you’ll be pleased to know that Heineken will be screening the same movie a day before. This they’ll do throughout East Africa.
The Heineken event will be at IMAX, with the Coke Zero event at Fox Theaters, Sarit Centre. Both brands have developed a strong partnership with SKYFALL and have both created TV commercials around it.
Coca Cola Senior Brand Marketing Manager for Kenya, Catherine Mudachi said: “SKYFALL is without a doubt one of this year’s most anticipated film releases, and we are very excited to be a part of it and to continue our relationship with the world’s favorite movie franchise.” Coca cola has partnered with James Bond since 2008.
On Monday, select members of the media were treated to an exclusive screening of the movie at the Sarit Centre Fox theaters. The event was sponsored by both  Coke Zero and Heineken. The 143 minutes movie was sandwiched between spectacular TV commercial by Heineken and Coke Zero. The Coca cola Zero commercial is particularly captivating and is one to look out for on a TV near you. It’s campaign has been dubbed ‘Coca Cola Zero Unlocks The 007 In You’ and the ad surely rhymes with that.
In the movie, you should however not expect to see Bond sipping away a Coke Zero, and as Coca Cola puts it, their partnership with Bond is not the traditional product placement. However, Heineken decided to go the traditional way as James Bond will be seen enjoying a glass or two.
Sideshows aside, the movie is probably the best James Bond you’ll ever watch, with lots of twists and less of the fiction some people complain about. This is one movie you should really watch. Preferably on a very large screen.
© nairobiwire.com
Luo English Vs Ordinary English < Previous
Caroline Mutoko Has A Crush Next >
Recommended stories you may like: