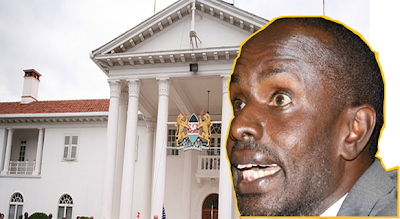 Wilson Sossion, the chairman of the Kenyan National Union of Teachers, is still basking in the glory of the teachers pay rise. Sossion, who took the front seat after KNUT Secretary General, David Okuta fell ill just before the teachers downed their tools, stayed put even after the government threatened to sack the striking teachers and hiring at least 100,000 new ones. He continued urging the teachers to remain at home until this weekend when the government agreed to give them a considerable hike.
In the new deal, the lowest paid teacher will earn Sh 19,000 up from Sh 13,000 with the highest paid taking home Sh 142,000.
As the strike and the subsequent negotiations were on going, Sossion was at the centre of all of it, always putting on a brave face. His determination and confidence has endeared him to teachers and other Kenyans alike to the point of some people declaring ‘Sossion For President’.
Already, there is a Facebook page, “Mr.Wilson Sossion for President“, that was created a few hours after the signing of the deal. As of last night, over 10,000 people had given their thumb of approval to the campaign, by liking the page. That’s almost half the number of likes Kalonzo’s Facebook page has accumulated since 2010. Reading through the comments, you will realize that the majority would be comfortable with Sossion as their president. In fact, you have to make an effort to locate a comment opposing his ‘candidature’.
Additional reporting by Nation
© nairobiwire.com
KBC On The Brink of Total Shut Down < Previous
Kalembe Ndile’s Hilarious Letter To Bill Gates Next >
Recommended stories you may like: