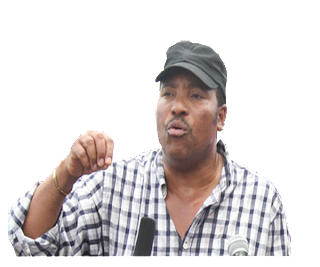 Embakasi MP Ferdinand Waititu does not cease to amaze. A day after inciting Kayole residents against Maasais in the area, he issued a halfhearted apology claiming that he did not mean Kenyan Maasais but foreign ones, most probably referring to Tanzanians. The going got tough for the assistant minister when Kenyans including his preferred presidential candidate Uhuru Kenyatta, came out to condemn his actions. Social media was also on fire with various people calling for his arrest.
It began to dawn on him that he was not going to get away with an apology like his colleague Chirau Ali Mwakwere, after the Director of public prosecution Keriako Tobiko and Internal Security Minister Katoo ole Metito, ordered for his immediate arrest and prosecution.
Being Ferdinand Waititu, he was not ready to get into a police land rover and spend a few hours behind bars. He refused to come out of parliament buildings, where all members enjoy immunity from arrest. CID officers patiently waited for him outside, checking every vehicle getting out of the buildings ‘thoroughly’ to ensure that Waititu went nowhere. The controversial MP eventually managed to play mind games on the officers, by sneaking out unidentified. It is believed he sneaked out minutes after the main story of the day’s 9 o’clock news, which was incidentally about him. He even managed to avoid the lenses of Citizen TV live crew who were waiting outside for his ‘Grand Exit’.
Since the police were checking passenger identity in every vehicle, it is very likely that the MP was accommodated in a car boot, probably belonging to one of the MPs. However, despite parliament’s good CCTV coverage, we may never find out who the supporting actor / actress in ‘Waititu’s Escape From Parliament’ was.
Waititu is expected to hand himself to the police today.
© nairobiwire.com
Find Little Tania And Get A Million < Previous
NTV Throws Richard Chacha Welcome Back Bash. Next >
Recommended stories you may like: