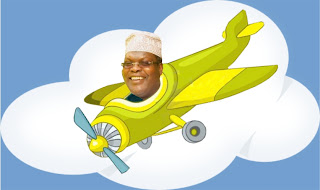 When Miguna Miguna made the shocking announcement that he will be vying for Nairobi Governor seat, Kenyans took to social media to express their shock. The tweets and status updates soon became ridicule and most of them were funny to read. Here is a collection of some of the best.

Miguna Miguna takes on Nairobi Nairobi
Miguna Miguna declares candidature for Nairobi Governor. LQTM “Vie baby Vie” – [Laughing Quietly To Myself]
I think people should stop laughing at Miguna Miguna – We need to start taking Mental Health seriously.
Miguna Miguna wants to vie for Nairobi governorship hehehe joke of the year.”
Just tuned to K24 and in 1 min Miguna has mentioned RAO seven times
Miguna: Ati If the country has admitted Waititu as a normal candidate then am not mad ..LOL
HAHAHAHA!!!! GTFOOHWTBS! – [Get the fu** out of here with that bull shi*]
Miguna Miguna… You definitely will be on Night of a Thousand laughs.” Hilarious stuff..
1st there was Waititu then Kabogo and now there is Miguna… Is there a relatively sane person vying for Nairobi’s governor seat?
Miguna Migunacomes out of the ‘closet’…so twas all just about politics?! smh
Miguna for Governor!” Are you drunk or your mental doctor is on strike
Nairobi gets all the awesome candidates. Choose btwn Miguna& Waititu. It’s like a choice btwn explosive diarrhea & farts
Miguna thinks he can become governor simply coz he attracts crowds wherever he goes, I hope Nyengese is not getting ideas now
Well, with chaps like Miguna & Waititu … I don’t think Jimnah Mbaru has much to worry about in 2013
So Miguna will tell the voters on election day “Come babies come!”
I am voting for Jeff Koinange’s co-host on the bench, Miguna*2
Miguna has lost his marbles, migunahas lost his mind he’s gone crazy”
Mahali Waititu atapata Miguna, violence! Lol

© nairobiwire.com
Jeff Koinange Given Sh 80 Million Salary To Leave K24 < Previous
Open Letter To Qtv and Kajairo Next >
Recommended stories you may like: