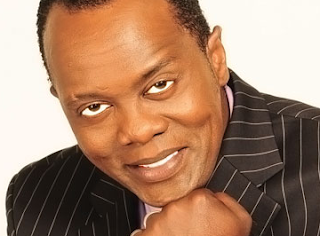 This week, we told you that Jeff Koinange’s departure from K24 is imminent, after he was given a much better deal than his current, by an international station. It can now been revealed that the offer given to the Emmy award winning journalist is much bigger than we anticipated.
It has been reported that the former CNN reporter has been given a ‘million dollar contract’ to dump K24 and set base in either South Africa or London, and he has taken it ( though not officially yet). According to the sketchy details, Jeff will be making close to Sh 80 million a year at his new base, at the yet to be launched TV network. Though its unclear when he’ll be leaving, his current station K24, is reported to be in panic mode, knowing too well that without their star journalist, they will be worse than they are now. His show, Capital Talk, has lifted the station’s profile greatly but it ends at that.
So which is this new station ready to make Jeff Africa’s highest paid journalist? Its name is Arise Television Network. Its launch date is only a few months away and they have been recruiting heavily. Arise TV or ATN as it might soon become, is owned by Nigerian billionaire Nduka Obaigbena.
When he publicly announced of his upcoming station in July this year, Nduka said that he was going to give CNN, Aljazeera and Sky News a run for their money. The seriousness of those words became clear, when he revealed what Arise TV had lined up. The station will be headquartered in London, with news centres in Johannesburg, Rio De Janeiro, Delhi, Beijing and bureaus in New york, Nairobi Lagos and Dakar. Just like CNN, it Arise TV will be capable of broadcasting live from any part of the world, without much of an effort.
[Credits: Jackal News]
© nairobiwire.com
Jalang’o And Avril Dating. < Previous
Kenyans Ridicule Miguna’s Governor Announcement Next >
Recommended stories you may like:

One on One With Martha Karua

One on One With Kalonzo Musyoka