“Inevitably the one-sided reports have done much harm to my family, friends, and loyal supporters... “ 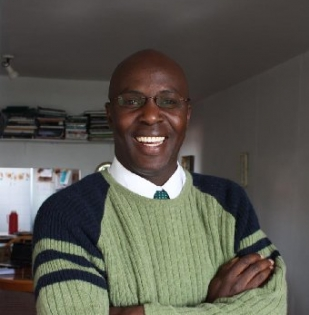 In a statement released yesterday, ‘Siku Njema’ author and former Nation TV news anchor, Ken Walibora, claimed that the recent reports of his bizzare actions were exaggerated. It was reported that Walibora was charged in a US court after one of his student filed a complaint of his indecency. Reportedly, Walibora had exposed his privates to the student before admitting to the police that he had an ‘exposure problem’.
He said that the charges against him were dropped and he is a free man, and above all, he is not in the US sexual offenders database.
However Walibora did not clearly deny committing the act. Here is his full statement.

Press Statement
There have been alarming reports in the media regarding allegations of lewd and lascivious conduct leveled against me in the State of Wisconsin, United States. In Wisconsin, these allegations are a very serious sexual offence for which someone could face up to 5 years in prison and/or with a fine of up to US$ 10,000 and for which one may be required to be in the register of Sex Offenders for the rest of their life.
The press reports whose source is a Wisconsin newspaper have been widely circulated on the web, particularly in the US and Kenya.  Moreover the allegations of admission based on the one-sided police report meant to help the prosecution, have been generally taken as irrefutable facts. The police report, which mainly serves police interests, has been viewed as infallible as inspired writing. These allegations have been the basis for my prosecution and conviction in the court of adverse public opinion.  Unsurprisingly, the overarching assumption of innocence before being proven guilty has been thrown out of the window in my case. The same source of this ostensibly juicy story and the subsequent chain of outlets do not deign to report about the criminal proceedings and their outcome, presumably because these wouldn’t make for titillating reading.
Indeed, what the media circulating the frenzied reports have not reported is that criminal charges leveled against me were appropriately dropped on September 7, 2012 by the court.  In other words, the case has ended without my being convicted of any criminal offence. The court determined that I am NOT the criminal the reports project me to be.
Inevitably the one-sided reports have done much harm to my family, friends, and loyal supporters, as they have excited my detractors for whom adversity to me is their greatest moments of joy.
Yet, I forgive all those who have not only believed the lies about me but have spread them through word of mouth, the microphone, or the click of the mouse. I harbor no bitterness or resentment against anyone who has enjoyed seeing or causing my anguish and agony, and most importantly, I sincerely thank all those who feel my pain in their hearts.
Ken Walibora Waliaula, Ph.D.
September 26, 2012

© nairobiwire.com
Sonko Hid Waititu In His Car Boot < Previous
How Kikuyu Men Introduce Their Wives Next >
Recommended stories you may like: