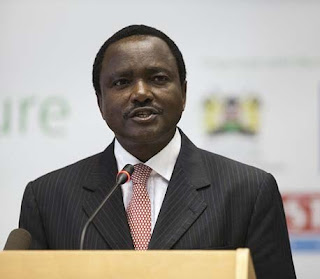 Vice President Kalonzo Musyoka raised Sh 39 million during his 50,000 a plate dinner held on Thursday night. This is Sh 2 million less what William Ruto raised when he hosted a Sh 100,000 dinner two weeks ago. Kalonzo however beat Raila, whose campaign dinner in July raised a paltry Sh 26 million.
The fundraiser was held at the Panafric hotel in Nairobi, a week after its original scheduled date. It was rumoured that the Wiper party postponed the dinner after their calculations showed that they would become laughing stalks if they went ahead and hosted it. According to a local paper, officials in the party decided to postpone the dinner until they were sure the pledges amounted to a decent figure. It was also said they were ready to postpone it further until they were sure.
Kalonzo’s dinner leaves Raila’s as the least successful of the campaign dinners. It also confirms the trend Kenya’s politics are taking. More of these dinners are expected to be held before next year’s election. Some of those to watch include Musalia Mudavadi and Peter Kenneth. The former has been all along labelled a project and it should not be a surprise if his dinner attracts the who’s who in Kenya’s billionaire circles.
© nairobiwire.com
The Evolution of iPhone.. (Hilarious Social Media Round up) < Previous
Facebook Deletes Campus Divas For Rich Men Next >
Recommended stories you may like: