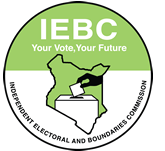 Yesterday, we received an interesting email from one of our readers. It alleges that an IEBC commissioner, with over 10 years work experience is having some very serious family problems. We however cannot verify or guarantee the accuracy of the email.
It claimed that the said commissioner is legally married to two wives, but still engages in reckless sexual exploits. Allegedly, the commissioner impregnated the younger sister of one of his wives, and they have a baby boy, who is now one and a half years old.
One of his wife is also currently expecting a child; her second child.
Recently, the email proceeded, a sister to the commissioner had been staying in his Rongai home, and she also suffered the same impregnation wrath. The commissioner is now in deep problems as his people have known about his deeds and have summoned him to appear before a council of elders, failure to which he will face a curse.
Now, his greatest fear is that this issue will become public and he may lose his job.
Heard or Seen any interesting gossip? Drop us a hint on:

© nairobiwire.com
Lucy Kibaki Admitted To Hospital ?? < Previous
Miguna To Vie For Nairobi Governor Next >
Recommended stories you may like: