How The Media Helped ‘Campus Divas For Rich Men’ Gain 40,000 Likes In One Week 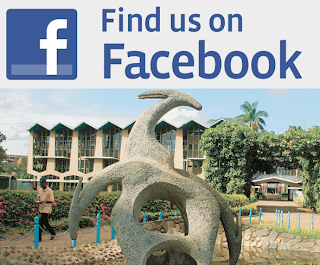 For the last one week, one Facebook page has been on everyone’s lips and probably Facebook’s timeline. ‘Campus Divas For Rich Men’ Facebook page has generated so much interest, especially after it was given special coverage by Shaffie Weru and Kalekye Mumo last week during their afternoon show. Caroline Mutoko took up the issue the following day and so did Maina and King’ang’i. By this time, the page had received enough coverage from various blogs including this one. KTN soon took it up and so did K24. Sunday Nation then decided to dedicate the whole page 2 to the ‘divas’.
The ramifications of the extended free coverage given to this page, has been unchecked growth into one of Kenya’s most liked Facebook page. It should also pass as Kenya’s fastest growing Facebook page ever. In a period of less than one week, ‘Campus Divas For Rich Men’ has grown from a mere 3,000 Facebook likes to over 45,000 likes. Loosely translated, the group has been gaining almost 6,000 likes daily. This is a very huge growth however you look at it. What is more frightening is the number of people ‘talking about the page’ as provided by Facebook. As of this writing, that number stood at 55,000. Much more than the actual likes of the page. Anyone with a Facebook page will tell you that ‘people talking about your page’ are usually a small percentage of the actual likes, but in the case of this particular page, the likes are fewer.
Kalonzo Musyoka has been on Facebook since March 2010 and for all that period, he has slightly over 24,000 Facebook likes. Raila on the other hand has been on the social network since January last year. In that period, he has garnered slightly over 96,000 likes, twice as many as ‘The Campus Divas’ have garnered in one week. Moreover, Raila’s official page has about 3,700 people ‘talking about it’. That number rarely goes past 10,000.
Despite the media proclaiming that ‘campus divas for rich men’ are just prostitutes taking their services online, the only thing achieved so far is raising the profile of the page and making it more popular. When all forms of media combine to report on a story, the reach is usually massive and the effects too. It’s therefore possible that despite raising awareness of this new form of prostitution, the media coverage helped spread the vice. This is clear from the number of new likes. The happenings of the past week have also exposed Kenyans dark side. Despite millions of Kenyans knowing Kalonzo for many years, including 5 as our vice president, only 24,000 have had the courtesy to like his page in almost 3 years, yet 42,000 will rush to an online brothel and make sure they sign the visitor log book.
© nairobiwire.com
Mount Kenya University’s Birthday Gift To Retired President Moi < Previous
Alfred Mutua Resigns And Joins Kalonzo’s Wiper Party Next >
Recommended stories you may like: