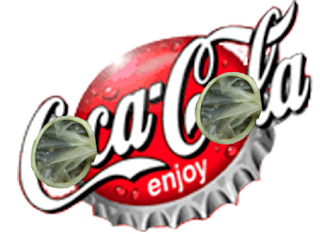 The Coca Cola Company is in trouble again, days after it was accused of spreading cancer through its drinks. A maasai man, identified as Stephen Saitoti, has sued the Nairobi Bottlers Company after a nauseating experience of finding a used condom in a soda bottle.
The case has been filed before Lady Justice Florence Muchemi, at the Milimani courts.
It is reported that on November 2th 2011, Saitoti bought two sodas from a shop in Ngong township. He went ahead and drunk one but was later in hospital been treated for food poisoning. It is reported that the herdsman is asking for Sh 500 damages he incurred when getting treated.
On his twitter handle, Chris Kirubi, who has a stake at the Nairobi Bottlers Company, came to its defense. He termed the allegations as dirty business tricks.

As is custom, Kenyans on social media were quick to look at the light side of this. Here are some crazy tweets concerning the very serious allegation.