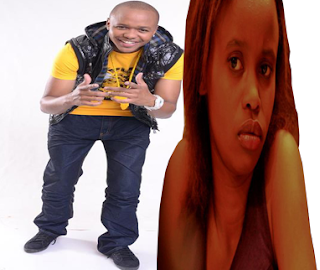 Gospel artiste Holy Dave and One Fm presenter Tina Kagia are said to be dating. The two are reported to have been spotted together more than a few times.
During Prezzo’s homecoming, Ghafla is reporting that the two were together and it was clear they had another agenda other than welcoming Kenya’s Big Brother Representative.
Last night, the two were spotted together again, at the rebranding of Safaricom’s Kenya Live to Niko Na Safaricom Live.This time round, they were not just friends ‘hanging out’ but were deeply engulfed into exchange of saliva. After such a night, Tina did what many girls do, she changed her Facebook relationship status from ‘single’ to ‘in a relationship’.
© nairobiwire.com
Standard Group Website Hacked < Previous
Funny On Social Media This Week Next >
Recommended stories you may like: