Man Claims Kabuga’s Photos Used By Allan Namu Are His. 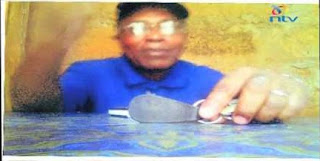 A 69 year old man has turned himself up at the Isiolo police station claiming the photos purportedly showing and elderly Felicien Kabuga in John Allan Namu’s documentary, ‘In The Footsteps of Felicien Kabuga’, are his. The man, Daniel Muthee, says the pictures were taken on 22nd March this year. He is reportedly a businessman dealing with timber in Isiolo town.
While reporting to the police, the man is said to have claimed that his life is in danger.
© nairobiwire.com
Jicho Pevu’s Mohammed Ali Leaves KTN For NTV. < Previous
Orengo’s Sh 500,000 Suit. (MIGUNA’s BOOK) Next >
Recommended stories you may like: