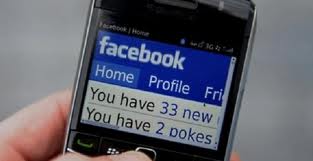 Murang’a South DC Muktar Ali has told his officers to stop spending most of their time on Facebook and other social media. The DC has complained that police have been spending too much time on social media even when they are on duty. He said that some officers with smart phones are spending too much time on Facebook at the expense of their work. As a result, the officers are becoming and easy target of criminals who catch them unawares.
“Some of them are on Facebook all the time and browse the internet using their phones while working, and they can easily be targeted by criminals,” he said.
He is particularly concerned about officers stationed at banks, who he believes cannot guard the financial institutions if they concentrate on Facebook while on duty.
“He can you be employed to guard money and all the time you are on Facebook? Obviously, the money will be stolen,” he said.
The DC was reacting to increased criminal activity in the area. He also urged residents not to hide criminals as they would come back and attack them.
© nairobiwire.com
TPF’s Sharon Talks About Her ‘Very Brutal’ Father. < Previous
Mama Ngina Named One of Africa’s Richest Women. Next >
Recommended stories you may like: