By Ken   /   Wednesday, 18 Jul 2012 10:16AM   /   Leave a Comment
Typically, women in Africa have been seen as homemakers or agriculturalists, yet a new breed of empowered women across the continent have managed to forage a way in business, whether through family connections, governmental patronage or sheer entrepreneurship. Below, Tom Jackson profiles the ten richest females on the continent.
Mama Ngina Kenyatta 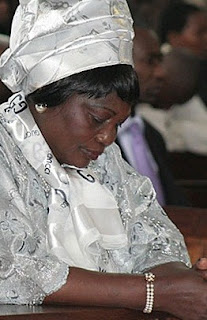 The widow of Kenya’s first president, Jomo Kenyatta, the former glamorous “mother of the nation” now leads a quiet, reclusive life away from the spotlight. Yet though she is not to be found on any African rich list, she has fabulous, mostly undeclared, wealth.
Mama Ngina, now 79, has gained huge respect from the Kenyan public for her defence and promotion of the family’s business interests. The Kenyatta family has investments in banking, education, farming, hospitality, insurance, manufacturing and real estate, though its presiding matriarch keeps a low profile.
Having stuck by Kenyatta even during his detention by the British colonial government, and defended the family’s business interests since his death in 1978, Mama Ngina now oversees a serious portfolio of brands and investments, including the largest privately owned Kenyan bank, the Commercial Bank of Africa (CBA), and the upmarket hotel chain Heritage. Brookside Dairies, East Africa’s leader in the dairy field with market share reaching from the region to the Middle East is another part of a vast investments empire which also includes media firm Media Max and Timsales Timber.
The latest move is in real estate, where Mama Ngina runs the rule over the construction of the 500-acre Northlands City, which will be the largest upmarket gated community in the region. Though alleged to have been involved with ivory smuggling in the 1970s, she is also engaged in many philanthropic activities. She has never revealed the full extent of her investments.
Isabel Dos Santos 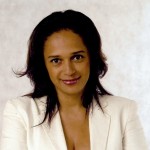 Dos Santos, 39, is the oldest daughter of Angolan President José Eduardo dos Santos. The millionaire businesswoman is estimated to be worth over $50 million, with interests in oil and diamonds. She also has shares in Angolan cement company Ciminvest and the Banco Africano de Investimentos.
She is worth $170 million.
She originally made her mark in business at the age of 24 by using her father’s patronage to gain lucrative state contracts. She has fostered close business ties with Portugal, with her Maltese-registered investment firm holding a ten per cent stake in Portuguese media conglomerate Zon Multimedia. She also owns major stakes in Portuguese banks Banco Espírito Santo and Banco Português de Investimento, and in energy firm Energias de Portugal.
Hajia Bola Shagaya

The richest Nigerian businesswoman, Bola Shagaya has retained links with important figures in various administrations up to the present day and now enjoys a status as a queen of luxury. With interests in oil, banking, communications and photography, she has now also made steps into real estate, building hundreds of town houses for which renters pay $180,000 per year.
Owning properties in Europe and America, she has become one of the biggest players in the lucrative Nigerian oil sector. She is Group Managing Director/CEO of Bolmus Group International and a board member of Unity Bank Plc, while she has served on numerous board committees and currently sits on the board for the National Economic Partnership for Africa Development (NEPAD), a Nigerian business group. With over 24 years of active local and international business experience, she had participated in many local and international seminars and workshops, including the Harvard Business School to keep abreast of developments in management techniques.
Folorunso Alakija
Alakija is a 61-year-old Nigerian billionaire fashion designer and Executive Director of FAMFA Oil, the gas and oil exploration and production company. 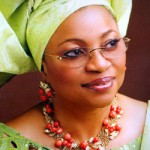 After studying fashion design in the UK, she founded her fashion house Supreme Stitches in Nigeria in 1985 in Lagos, becoming the best designer in the country by 1986. Through a friend she became involved in the oil business, being allocated an unwanted oil bloc which later struck oil in commercial quantities and made Alakija’s fortune. This was achieved due to a hook-up with Texaco, which later became Chevron, in 1996.
She later became a more religious individual and now donates a lot of time and money to her Rose of Sharon Foundation, which provides interest free loans to start-up businesses.
Wendy Appelbaum 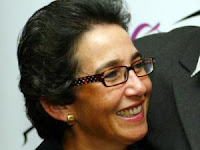 The only daughter of South African billionaire Donald Gordon, Appelbaum became a director of her father’s insurance and real estate firm Liberty Investors. Upon selling her shares she made her own personal fortune. Previously she was the Deputy Chairman of Women’s Investment Portfolio Limited (Wiphold), the first women’s controlled company to list on the Johannesburg Securities Exchange with then assets in excess of R1 billion. Moneyweb calls her the wealthiest woman in Africa.
In tandem with her husband Hylton, she used these funds to purchase DeMorgenzon, a wine estate in the famous wine region of Stellenbosch. She has in total donated US$23 million to found the Gordon Institute of Business Science and the Donald Gordon Medical Centre, in memory of her father, while she also chairs the South African Women’s Professional Golfers’ Association.
Wendy Appelbaum’s net worth as of early 2012 is estimated at $259.3 million.
Wendy Ackerman 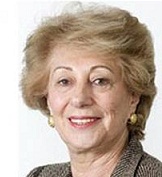 Retail tycoon Ackerman is worth $190.2 million, with the Ackerman Family Trust run by her and her husband owning about 50 per cent of the major South African grocery chain Pick ‘n’ Pay. The $3 billion company owns outlets in Mozambique, Nigeria, Namibia, Zambia, Zimbabwe and Australia, with Ackerman acting as Executive Director.
Bridget Radebe 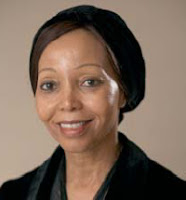 The founder of Mmakau Mining, the successful mining firm with assets in gold, platinum, uranium, coal, chrome and exploration, Radebe started out by working in mines herself. Now the president of the South African Mining Development Association, she is the older sister  of South African billionaire Patrice Motsepe and married to South Africa Justice Minister Jeff Radebe.
She was the first black woman in the country to found her own mining company, overcoming racial and gender prejudice. While her net worth is large, it is currently not published. Radebe received the International Businessperson of the Year Award in 2008 from the Global Foundation for Democracy.
Sharon Wapnick 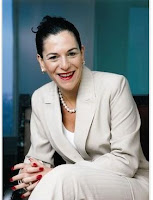 Worth $43.1 million, Wapnick is one of the largest individual shareholders in listed loan stock companies Octodec Investments and Premium Properties, which were both founded by her father Alec. She is also a partner at TWB Attorneys, a Johannesburg-based commercial law firm. Her fortune was made in investments and real estate.
As of October 2011, Wapnick stepped into the role of non-executive chairman of Octodec, replacing her father. An attorney, she also has a wealth of experience in the property industry.
Elisabeth Bradley

Bradley, whose father Albert Wessels brought Toyota to South Africa in 1961, enjoys a net worth of $32 million as a result of her investments portfolio. In 2008, Wesco Investments, the holding company that she chairs, sold its 25 percent stake in Toyota South Africa to Japan’s Toyota Motor Corp for $320 million, with Bradley pocketing at least $150 million.
As well as remaining chairman of Wesco Investments, she is also vice-chairman of Toyota South Africa Limited, a director of AngloGold and board member at blue chip companies such as Standard Bank Group, Hilton Hotel and Roseback Inn.
Irene Charnley
Charnley, 52, is a former trade unionist who has amassed a net worth of $150 million. Currently the CEO of Smile Telecoms, a telecommunications products company working out of Mauritius, she first made a mark as a negotiator for the National Union of Mineworkers in South Africa. Later she became Executive Director at MTN, Africa’s largest teleco. 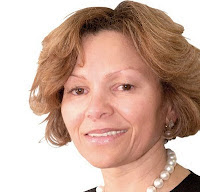 At MTN she led the company’s expansion across Africa and beyond, helping to acquire licences from Nigeria to Iran. She was as a result rewarded with MTN stock worth $150 million, though she left the company under controversial circumstances in 2007. She has also been a director of FirstRand Bank, Johnnic and Johnnic Communications.
Her current company, Smile Telecoms, helps lower-income individuals to have telecommunications and continues a line of anti-poverty programs Charnley began at MTN.
Ventures Africa is a monthly Pan-African business magazine.
© Venture Africa
Murang’a Police Spending Too Much Time On Facebook Warned By Their DC < Previous
Couple Found Counting Big Bundles of Money Stolen From Chase Bank. Next >
Recommended stories you may like: