Jeff Koinange Mandated To Kick Julie Gichuru Out Of Business. 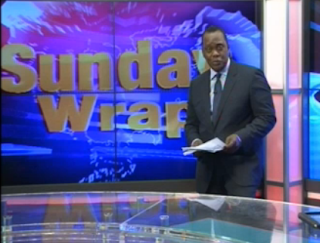 It may well become Kenya’s biggest Prime Time Television rivalry. Jeff Koinange has been handed express mandate to tear apart Citizen TV’s Sunday Night market.
For many months now, Citizen TV has been dominating Sunday News Nights, thanks to Julie Gichuru. She has connected well with the audience over the years and the various segments of the show are what makes people keep going for more. One of the most popular segment on Sunday Live is ‘Who Owns Kenya’. It started by analyzing the wealth of various prominent individuals, mainly politicians. Over the months, it has diversified into analyzing the ownership of companies.
Another popular segment is ‘The Kibaki Succession’. This is where a prepared report curtain raises an in-studio interview. Mainly, a reporter finds out Mutahi Ngunyi’s analysis on an issue, then the panel in the studio analyzes Mutahi’s analysis. Every week, there is always something new to talk about and that’s where the beauty and popularity of politics lie.
‘Consumer Watch’ is another segment on the show. Julie analyzes the costs of select commodities comparatively from various supermarkets. Basically, the script is almost similar every week. Nakumatt loses.
The breathing space for Julie Gichuru is set to get smaller following the entry of her good friend Jeff Koinange. K24 has introduced Sunday Live’s biggest alternative yet,  ‘Sunday Wrap’.

Following its relaunch this week, the station has introduced undoubtedly the best news studio in Kenya. The studio is equipped with actual TV screens acting as the background and not the virtual images at Nation Centre and Standard Group Centre. Minus the color combination, the studio is an almost Citizen clone. As a first in Kenya, K24 has introduced a touch screen. That the anchors are not able to operate it is a whole ‘nother story.
Now to Sunday Wrap. The best person to take on Julie Gichuru was obvious. Jeff and Julie both have ways of connecting with the audience despite their different styles of anchoring and interviewing. Julie is kind of conservative in tackling issues, while Jeff is radical (but not in an offensive way). However, while Jeff can make something out of a ‘dead’ station, the same cannot be said of Julie. It would be fair though to say that Julie has never been in a ‘dead’ station like Jeff was in K24 before its relaunch. His bench has been able to attract high profile guests and consequently hundreds of thousands of viewers. However, that was just about that with the station. Nothing else would attract a fraction of those viewers. That’s the power of Jeff.
The skills of this two individuals is what makes Sunday Live and Sunday Wrap a rivalry to watch. Julie’s ‘Kibaki Succession’ panel will be fighting out with Jeff’s ‘The 10 Minutes Interview’. As a sign of what to expect, Miguna Miguna pioneered the segment. Head to head, Jeff Koinange’s solo interview will beat Julie and her panel hands down.That’s our opinion though, what’s yours?
© nairobiwire.com
Loading...
The Miserable Lives Of Kibaki’s Presidential Guards. (SHOCKING) < Previous
Gay Party Cost Scott Gration His Ambassador Job. Next >
Recommended stories you may like: