They Hang Out With Kings But Are Paid Worse Than Coffee Pickers. 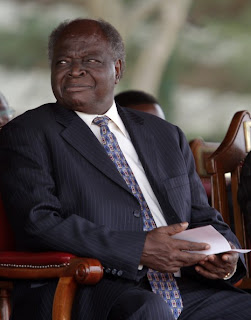 For the last two nights, Kiss TV has been running a feature showing the life of a former presidential guard and what he went through in the name of guarding the president. Unlike popular belief, their lives are not flowing with milk and honey.

The men in dark suits most often attract the envy of every kid and at times adults. Escorting the head of state in state of the art, armoured SUV’s, wearing black suits, at times dark glasses and high end communication gadget attached to your ear flaps, is a scene right from the movies. Being a presidential guard is thought to come with many privileges and true so, because as part of guarding the head of state, you will accompany him to many pars of the country and the world. You are entitled to eat good food and sure enough, you are driven around in cars you would only dream of, (Basically most of time you are hanging by their doors). Only a presidential guard is permitted to shove anyone and everyone, as long as your V in VIP is smaller than that of the president’s.
The Kenyan president and other Very important persons, like the prime minister, vice president and visiting leaders, are guarded by an elite squad of the General Service Unit GSU called Recee Group. They are at least 2000 in number and their training is special. In one word they are hardened.
Kiss TV interviewed a former Recee member who resigned following poor remuneration. He said that he received his training in USA, China and the dreaded of them all, Israel. Over and above regular training, Recee’s covers, bomb detonation and sniper shooting. They are also taught on using modern communication gadgets, which are meant to come in handy in the course of their job.
Their ruthlessness in handling any threat to the presidents life is therefore self explanatory. One security expert interviewed by Kiss TV wondered what would happen if one of them loses his patriotism.

What these dark suited men, tasked with guarding Kibaki and his family take home at the end of every month is not anything to write about. Kiss TV were showed a payslip by the former presidential guard and OMG. His basic salary was Sh 17,900, a house allowance of  Sh 1650 and a risk allowance of Sh 5000 (The standard risk allowance for the police force). Adding several other allowances his income for the month was less than 30,000.

Like every other Kenyan, lets start deducting. Tax, Loans, Emergency loans, more loans etc. The presidential guard took home Sh 6000. He is however entitled to a Sh 1000 annual increment.
It gets worse when the man starts to narrate how he would divide the money. He would send his family a big chunk of it and you can just imagine how he lived the rest of the month. In his own words, the man wondered how a presidential guard is paid worse than a coffee picker. That explains why more than 40 of them have resigned in the past 2 years.
His life as Kibaki’s dark suited guard started at 3:00 am. If the day was good, he would go for breakfast in one of the hotels in his home slum, (Its not that far from statehouse). He arrives in Statehouse and the wait for the president begins. He must have the patience of a spy. Together with others, he starts following Kibaki everywhere making sure he is given the perfect presidential escort.
As all this is happening, Kibaki does not know how his boyz live. He does not know that his entertainment allowance is enough to pay several of his boyz.
© nairobiwire.com
Ezekiel Kemboi Accused Of Stabbing Woman. < Previous
Jeff Koinange Introduces Sunday Wrap To Finish Julie’s Sunday Live. Next >
Recommended stories you may like: