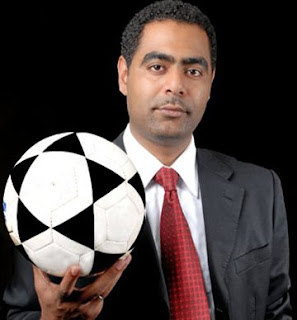 Miguna Miguna claims that sports entrepreneur Hussein Mohammed raised more than $2 million (about Sh164 m) for the Raila Odinga presidential campaign kitty in 2007, and spent another Sh86 million on his quest for the ODM Kasarani constituency ticket.
Later, Hussein would go to Raila for endorsement in the contest for the chairmanship of the Kenya Football Federation in 2011. “That’s a good idea. I can ask the former Safaricom CEO Michael Joseph to run for chairman, and you can become the secretary of KFF,” Raila is alleged to have said. “Captain”, Hussein corrected him. “I’m actually interested in the chairman’s position.” Miguna claims after the meeting, Hussein called Joseph to find out if he would accept the proposition. “I know nothing about soccer or soccer management Hussein. I couldn’t do that,” Mr Joseph is alleged to have said.
Miguna adds: “Armed with that answer, Hussein returned to Raila, hoping that this time, their encounter would end positively. Raila listened to him but made no commitments.” Hussein would run a campaign based on youth empowerment and change, only to come second to Sam Nyamweya. When contacted on Tuesday, Hussein declined to comment. “I have not read the book. For now I don’t want to speculate on what has been written. I will comment once I have read the book,” he said. Mr Odinga’s spokesman also said they would issue a comprehensive statement later.
© nation
Standard Newspaper To Pay Sh 9 million For Defamation. < Previous
Jicho Pevu’s Mohammed Ali Letter To KTN. Next >
Recommended stories you may like: