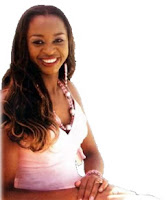 Gospel singer Esther Wahome was on Saturday crowned Mrs Universe – Kenya, at a colourful ceremony held at the Hilton Hotel, Nairobi. The mother of three will represent Kenya at the Mrs Universe pageant on August 13th, 2012. The ceremony will be held in Russia.
Mrs Universe is a competition for married women which focuses not solely on beauty but also aims at highlighting the lives of honourable women. Kenya is one of the few countries that is included in this event. Unlike Miss World, which is basically global, Mrs World involves less than 50 countries.
© nairobiwire.com
Day Samuel Wanjiru Carried Sh 24 Million In Plastic Bags. < Previous
Ruth Matete Wins TPF 5. Next >
Recommended stories you may like: