Churchill Live Is Back.

All New Season of Churchill Live, This August On NTV. 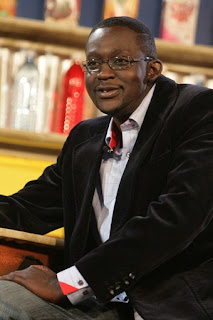 Your favourite comedy show, Churchill live is back. The show is set to beginning screening this August, with the first live recording expected in a matter of days. The show attracts what is probably the biggest TV audience in Kenya and rightly so, because it is never short of rib cracking jokes from Kenya’s finest.
The last season of Churchill Live achieved what is probably the climax of any TV show, by hosting the all those at the apex of Kenya’s pyramid. Among those who graced the Thursday night show were Prime Minister Raila Odinga, Vice President Kalonzo Musyoka, DPM, Uhuru Kenyatta and Eldoret North MP William Ruto. Some of the most memorable episodes had these politicians in attendance.
So, after hosting who’s who on the show, Churchill must be scratching his head trying to book some remaining high profile guests. May be he will host some of the guests once again, after all, Jeff does that all the time on his bench. Maybe he will surprise us by hosting president Kibaki or former president Moi. That’s highly unlikely though.
Some of the most probable people to grace the show this new season include, Mike Sonko, who almost caused chaos behind the scenes last season for being denied a chance to be on the show, Miguna Miguna, assuming he comes back to Kenya and of course Zack, if we bring him back home on time for the recording.
© nairobiwire.com
DNA Test Prove Jimwat Has Been Taking Care Of The Wrong Baby. < Previous
Thika Super Highway Turns Into A Dog Massacre. Next >
Recommended stories you may like: