Alex Put Prezzo On The Chopping Board Twice In What Was Seen As A Big Betrayal. 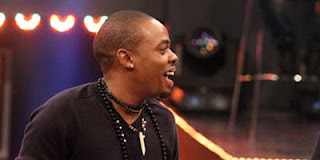 Kenya’s Big Brother housemate, Alex, became the second Kenyan to leave the game after he was evicted last night alongside Ghana’s Keita. Alex received 0 votes, fairing worse than his brother Malonza who received a single vote from Zambia. Alex particularly lost favour with Kenyans after nominating Prezzo for eviction twice. “Maybe he thought that with Prezzo out, Kenya’s vote would be in his back pocket, that act of betrayal made him get not even a single vote. ” wrote Margaret Njeri on Facebook.
Prezzo has meanwhile continued to impress. Two weeks ago, his chances were ruled out after he emerged second last, just one vote short of eviction. This time round, he came out as the housemate with the most votes, garnering 5 alongside Lady May from Namibia ,probably making him the man to beat. Kenya was strongly behind Prezzo and so was Uganda, Tanzania, Liberia and the rest of Africa. As expected, he is on nomination once more and by now we know the drill.
© nairobiwire.com
Apostle James Maina Ng’ang’a Marries A 27 year old.(PHOTO) < Previous
Police Looking For Man Who Stole Ruto’s Gift. Next >
Recommended stories you may like: