Safaricom Plans on Doing Away With Scratch Cards. 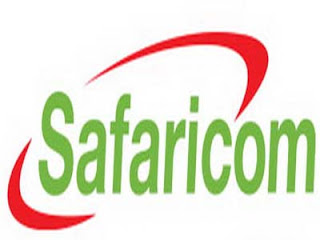 On Madaraka day, Safaricom subscribers received a pleasant surprise when they were awarded 50% bonus airtime above what they topped up. It may have come out as just another promotional service by Safaricom meant to build customer loyalty and to push up sales but it is emerging that there was more to that.
Safaricom is planning on doing away with scratch cards in the future and the Madaraka day offer provided some sort of feasibility test. The giant mobile company has lost millions of shillings to credit card dealers and they want to end all that by eliminating the cards. Safaricom has sued 13 companies for presenting fake bank slips. Its staff, who have little expertise in verifying the authenticity of the slips went ahead and credited the dealers accounts equivalent of what was on the fake slips. Thus, dealers got scratch cards they did not pay for.
Among the firms that presented fake bank slips are:
Alfa Communications (Sh7.8m)
Amal Communications (Sh9.1m)
Angel Beauty Spot (Sh 1.6m)
Cimu Mobitel (0.98m)
Gaturi Mobile experts (Sh 2.1m)
Inter Middle (Sh 8.5m)
Kaso communications Company (Sh 5.7m)
Olkitira Communications Company (Sh 0.99m)
Plust International Company (Sh 4.9m)
Pioneer Enterprises (Sh 2.9m)
Silver and Gold Investment (Sh 32.9m)
Taqwa Communications (Sh 12.1m)
Well Communications (Sh 3.8m)
The fraud was not detected until after a forensic audit by Deloitte which recommended termination of contract with the dealers. The fake slips were presented to Safaricom between October 2010 and May 2011.
It is this, coupled with the increasing cost of printing scratch cards that Safaricom is developing a road map to eliminate them. They spend lots of money to print cards of even Sh 10. There has also been complaints of substandard cards where the pin number is scratched away making the card worthless. The issue of substandard scratch cards has however affected all mobile companies. Airtel has even replaced the inscriptions on the scratching space from the initial airtime amount, to ‘scratch gently.
On Madaraka day, Safaricom confirmed that it is much profitable if people topped up via Mpesa than through scratch cards. The commissions that come with distribution of the cards were eliminated and also the cost of printing the cards was out.
© nairobiwire.com
Ruto Calls Kass FM To Calm Down Angry Jirongo. < Previous
Is NTV Reporter Richard Chacha Paralyzed? Next >
Recommended stories you may like: