Osama Donated All His Money For The 1998 Nairobi Bombing. 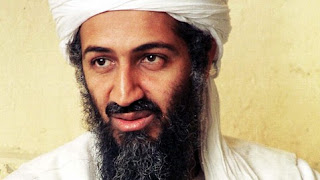 In a video posted online, AL Qaeda leader Zawahri said that Osama bin Laden dedicated all his money to fight Americans. In the half-hour tape titled “Days with the imam, Part Two” a bespectacled Zawahri, who took over from Osama, recalls Osama’s simple lifestyle. “When you entered his house you would be surprised. It was a very simple house, with some wooden beds and plastic coverings and very little furniture,” said Zawahri.
He said that Osama did all he could to ensure his guests comfort. “If the Sheikh invited us to his house, he would give us what he had in the way of bread, vegetables, rice – whatever was available he would give us.”
Zawahri sensationally said that Osama gave nearly all his wealth for the Nairobi and Dar-es-slam bombings, in 1998. He gave $50,000 when he only had $55,000 to his name. Hundreds of people were killed during the bombings.
© nairobiwire.com
Lionel Messi Set To Become A Father. < Previous
Hilarious Slaps Galore.. (VIDEO) Next >
Recommended stories you may like: