“Most of the money has been deposited in foreign accounts, or used to buy property, mostly in cash.” 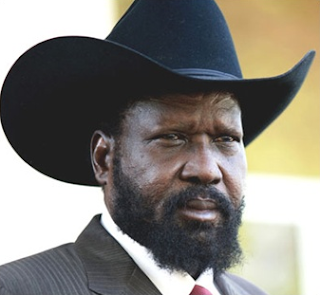 South Sudan has started with a wrong foot. In a classic Kenyan game, an estimated $4 billion has been lost to corruption in the new nation. The situation is so bad that Salva Kiir has written to 75 current and former government officials to return the money. He has said that however returns the money will not be prosecuted. He added that most of the stolen money has been deposited in foreign accounts or used to buy posh property, mostly in cash.
Oil money accounts for 98% of South Sudan’s revenue and any disturbance in this industry can bring the country to a standstill. Currently some of its oil production have been stopped following arguments with Sudan.
We will wait to see if anyone will return the money, but going by the our Kenyan history, Salva Kiir is on a wild goose chase.
© news.nairobiwire.com
Balala’s Radio Station To Be Shut Down For Hate Speech. < Previous
Uhuru Opens Obama Styled Campaign Headquarters. Next >
Recommended stories you may like: