Balala’s Radio Station To Be Shut Down For Hate Speech.

Mwakwere’s Station Also In The Mix 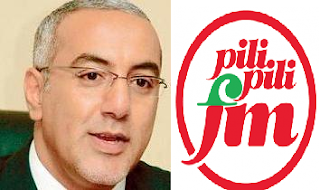 A radio station belonging to Mvita MP, Najib Balala faces possible closure due to propagation of hate speech. Pilipili fm which is owned by the former tourism minister is among four radio stations currently under investigation by the Media Council of Kenya. The others are Radio Kaya, which is owned by Chirau Ali Mwakwere, Radio Rahma, associated with Nassir Abdulsmaad, a son to the late coast politician Sharrif Nassir, and Radio Salaa, believed to be owned by defense minister Yusuf Haji.
“While some certain media houses are more culpable than others, certainly there are four radio stations that we are probing on issues of propagating hate campaigns in Mombasa. We must remind our journalists and media houses that they cannot be duped into promoting or giving voice to divisive politics that can easily lead the country into anarchy.” said MCK chairman Levy Obonyo.
If the stations are found guilty, CCK will shut them down.
The media council is currently going through audio recordings and they are expected to reach a decision soon.
© nairobiwire.com
Jose Chameleon Buys New Range Rover. < Previous
Just Like Kenya, South Sudan Officials Start Stealing Money. Next >
Recommended stories you may like: