More Questions Than Answers. Did Kerich Record The Conversation? 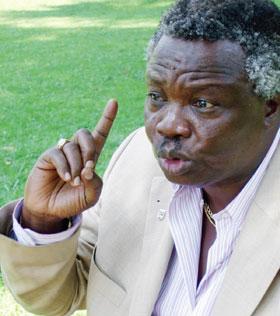 What really happened at the NHIF? Was the board set up by private insurance companies who saw the new scheme as a threat? Well, a recording has surfaced having a phone conversation between NHIF suspended CEO Richard Kerich and a Amit Thakrar, a representative of the insurance industry.

In most part of the conversation, Thakrar is convincing Kerich to stop offering outpatient insurance services, despite Kerich telling him that it is viable.
At  9:53 minutes on the recording, Kerich is heard asking Thakrar about his friend Atwoli. He says, ‘ na usipatie yeye mingi sana’. The first thing that comes to mind is bribery. Thakrar cleverly dodges that statement. The recording cannot be used to make any conclusive conclusions but a few things emerge.
1. The recording media was on Kerich’s side. That is not rocket science going by the sharpness of his voice as opposed to the other voice.
(The phone was not tapped because even after hanging up, Kerich is still heard making some noises.)
2. The guy with a hindi accent was not very comfortable talking about Atwoli.
3. Kerich wanted to get something out of this man, possibly a bribery confession. (why else would he tell him not to ‘give Atwoli a lot’)
4. If the mhindi said he had given Atwoli something, it would be a whole new corruption saga.
So
Did Kerich realize he was haunted by the private insurance and decided to record a phone conversation with one of them as leverage in case he became the villain?
Was Atwoli paid anything to take his tough stand?
Has the whole truth on the NHIF saga been laid bare?
Here is the recording.. Draw your own conclusions.
The identity of the man speaking to Kerich cannot be confirmed. TheJackalnews.com revealed his name as Amit Thakrat.
© nairobiwire.com
How SK Macharia Makes Sh 1 Billion From Tazama Chapaa. < Previous
Camp Mulla Nominated For BET Awards. (Full List Of Nominees) Next >
Recommended stories you may like: