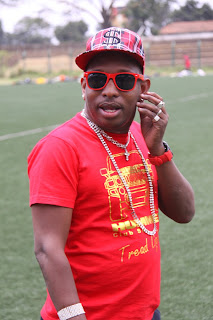 Mike Sonko, the mp for Makadara is reported to be releasing a new single. This will be his first and it’s said he settled on hip hop. He has showed us his prowess on the streets and on gate tops and now he is flexing his muscles to music. Sonko may be getting inspiration from his good friend Jaguar, but that his music will be a success is expecting too much from him
Sonko, who has not made it clear what electoral seat he will be going for come March next year, is surely looking for votes from the youth. He seems to have found the perfect way how to. Instead of campaigning with empty rhetoric, why not entertain them with my own composition. After all, Museveni did it.

Have A Listen At Jimmy Gait’s New ‘Oleey Oleey’ < Previous
Octopizzo Illuminati, Are You Insane. Even Jay Z Is Not. Next >
Recommended stories you may like: