Did Someone Steal Tom Mboya’s Statue?

Actually its a Flamingo That Has Lost Its Head. 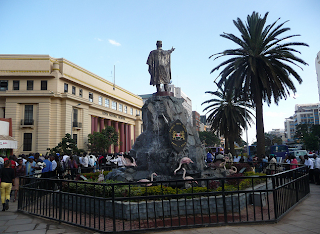 When Kibaki unveiled Tom Mboya’s statue a few metres from where he was murdered, he had hoped that it would finally immortalize the late charismatic minister.The scenery of Moi avenue was forever changed. A new landmark had come up. The area surrounding the statue is always full of people waiting for a chance to take a photo next to Tom Mboya and the water fountain surrounding him or just relaxing on the beautiful benches.

Something has however caught our eyes. Surrounding Tom Mboya’s statue are several flamingos. They are meant to signify Tom Mboya’s initiative to fly students abroad for further studies. (That is how America got Barack Obama). Back to the statue, one of the flamingos has lost its head, literally. How the head and the rest of the body stopped being one is still a mystery, but theft is high on the list of probabilities. Here is the photo of the flamingo with a missing head. 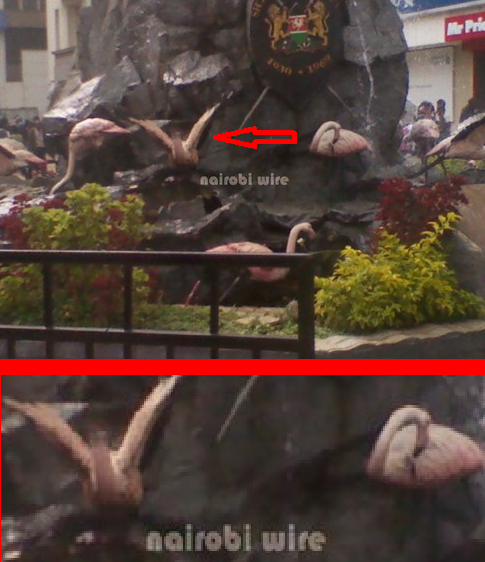 © nairobiwire.com
Ruto, Karua And Mudavadi Decline TV Face Off. < Previous
Nonini Is Now A Dad. Next >
Recommended stories you may like: