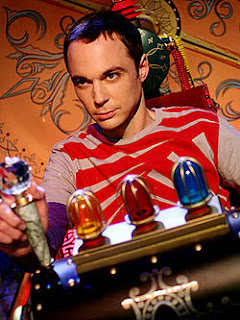 He is the reason Big Bang Theory is the most watched TV show in America and easily in the world. For several seasons now, the sitcom has been rated number 1, ahead of modern family and Two and a Half Men. Jim Parsons, going with his screen name Sheldon Cooper,takes the character of a science genius with little understanding of social life. He has been christened the backbone of Big Bang Theory and rightly so.
Jim Parsons has officially come out as gay. He made the sensational announcement during an interview with New York Times.
“The Normal Heart” resonated with him on a few levels: Mr. Parsons is gay and in a 10-year relationship, and working with an ensemble again onstage was like nourishment,” he said.
He did not state who his partner is but it has all along been claimed that its Todd Spiewak, who he thanked during his acceptance speech of an Emmy in 2010.
© nairobiwire.com
Fidel Odinga Still Suing Kazungu Kambi Over Maize Scandal Allegation. < Previous
P-Square Buy A Private Jet. Next >
Recommended stories you may like: