Get Ready For Dumb and Dumber 2 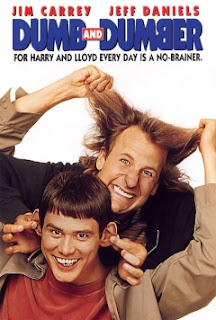 If you’ve watched Jim Carrey’s movie, Dumb and Dumber, then you will probably agree that it is one of the best movies of all time. The 1994 comedy has continued to be enjoyed years after its release. Now Dumb and Dumber 2 is reportedly in the works, featuring the same actors, Jim carrey and Jeff Daniels. Dumb and Dumber co-producer Peter Farrelly, is reported by comingsoon.net as saying,
“We’re getting set to shoot ‘Dumb and Dumber 2′ in September,It’s the first sequel we’ve ever done, and we’ve got Jim Carrey and Jeff Daniels back.”
This is one movie to watch out for.
© nairobiwire.com
The Rock Beats John Cena At Wrestle Mania 28. < Previous
Some Weird Looking Vegies. AMAZING. Next >
Recommended stories you may like: