Gitobu Imanyara has been undeniably pro-reformist since Moi’s time. He is known to speak for the law and has on occasions had only Martha Karua on his side in parliament. As far as i can remember, he has not spread any weird propaganda and is not tribal. So, when he spoke and said how he was forced to say ‘Uhuru Tuko Pamoja’, facing Mount Kenya, I believed him, but apparently, going by the comments I’ve seen on social media and news websites, many people do not. Anyway, believe him or not, you have to agree that the creator of this image was a genius. 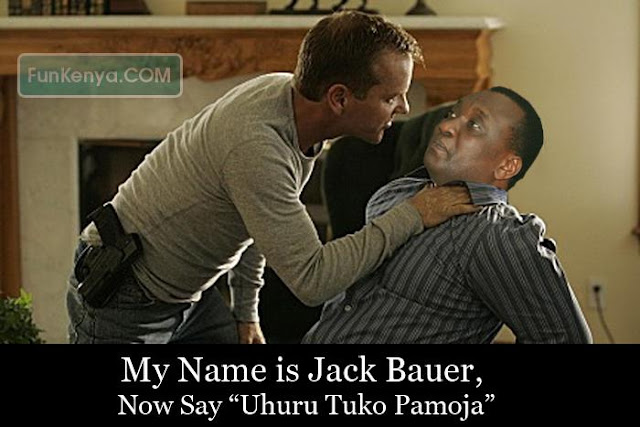 © nairobiwire.com
Juliani Giving Away His Car. < Previous
Oliech Trapped In Harambee Stars.. After Announcing Retirement. Next >
Recommended stories you may like: