Did You Know That Kenya Has A Space Station?

Malindi Has A Space Station. 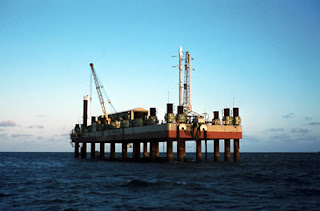 Did you know that there was a  space station capable of launching rockets in Kenya? I must admit, until yesterday, I did not think we would be having any in the next 100 years. The Luigi Broglio Space Centre (BSC) has been in Malindi since the 60’s. It was built by the Italians and they have continued to manage it. BSC was built through a partnership between the University of Rome La Sapienza’s Aerospace Research Centre and the National Aeronautics and Space Administration (NASA).
The station comprises of an offshore launch site, two control platforms and a communication grounds station. Currently, the BSC is not used as a launch site, but some years back, satellites to serve Italy and the world used to be launched from there. Between 1964 and 1988, a total of 27 launches were conducted there. On 12th December 1970, an X Ray astronomy satellite, named Uhuru, was launched. Other satellites that have been launched from BSC include:Nike Apache, Nike Tomahawk, Arcas and Black Brant launchers. In the 1990’s the launch platforms fell into disrepair but the possibility of them being reactivated is still there.
This space centre was yesterday, the subject of parliamentary debate when members of parliament questioned why the government was not getting anything from this deal. The only money the centre gives is 240 million a year as CSR. MPs questioned the logic behind using 8 billion shillings to launch a single satellite, yet the government gets nothing. Apart from the corporate social responsibility, the locals do not benefit from anything else. All staff but a scientist and an electrician are foreigners.
© nairobiwire.com
Prezzo Joining Politics? Seen At Limuru 2B. < Previous
Juliani Giving Away His Car. Next >
Recommended stories you may like: