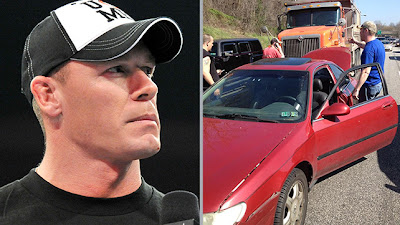 “We were doing some early morning media for the event tonight in Philadelphia and we got in a car accident,” Cena told WWE.com. “The Civic was totaled, but no one was hurt, believe it or not.” 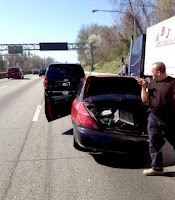 John Cena claimed to be 100% fine, but will still be seeing a doctor just in case. He was scheduled to face Mark Henry later tonight on Raw, and he insists the match is on.
According to Cena’s driver, the drivers of the other two vehicles were arguing over the accident but tempers cooled once he informed them who he was chauffeuring.
In less than 2 weeks, Cena will be facing The Rock at WrestleMania XXVIII, in what is probably the most anticipated match in all of entertainment.
© nairobiwire.com
Finally, The Best of Ujinga Ni. < Previous
Ashton Kutcher To Travel To Space With Richard Branson. Next >
Recommended stories you may like: