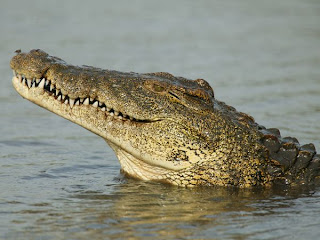 A fisherman from Mutumba Sub County in the eastern district of Namayingo, Uganda is nursing serious injuries after a crocodile ate his entire buttocks. At around 7:30 pm on sunday, George Musinde is reported to have gone fishing. Some time later,he heard law enforces who were on patrol coming towards him. He jumped into the lake to evade them and this is when a crocodile grabbed his behind, chewing them completely. The same law enforcers he was running away from, rescued him upon hearing his screams. He was rushed to Tororo main hospital in a critical condition. Fishermen have continually been warned against fishing at night in that area.

#STOP Ferdinand Waititu 2012 < Previous
Kiema Kilonzo, Why I Will Never Support Kalonzo. Next >
Recommended stories you may like: