Chris Brown And Rihanna Back Together, Record Song Together. 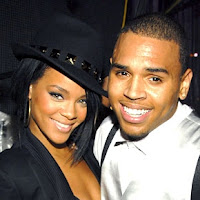 It has been reported that Chris Brown and Rihanna are officially back together and have recorded a song called ‘birthday cake’. The song which was heard by MTO, has Chrish Brown apologizing for beating Rihanna, and confessing his love for her. There is a twist in the story though. Apparently, Jay Z and Rihanna’s RocNation management is not amused by the song and the project could not see the light of day. The latest developments leave Chris Brown’s girlfriend Karrauche, in a very awkward position considering that after the Grammy’s Chris Brown and Rihanna attended a party together, where everyone thought they looked like a couple.

Henry Kosgey’s Son Buys Homeboyz Radio. < Previous
Video Of Boko Haram Bombing Police Officer. Graphic. 18+ Next >
Recommended stories you may like:
How Koffi Olomide Thrilled Fans at Koroga Festival – PHOTOS
TALENT KNOWS NO AGE! Meet the Young Kenyan Boy With Sick ‘Deejay-ing’ Skills – VIDEO
HAHAHA! This Chic Will Crack You Up With Her Crazy Mash-Up Of Kenyan Hits – VIDEO
OOH NO! This Kenyan Remix Of ‘Versace’ Will Have You Apologising to Migos For Killing His Hit – VIDEO