Man Steals Ambulance, Arrested On His Way To Hospital. 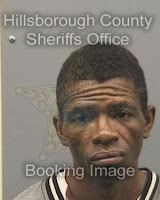 Hubert Lee Credit, 39, was arrested after he stole an ambulance and decided to drive himself to a hospital after he was allegedly beaten up by 4 men. At around 10:30 p.m. Transcare ambulance responded to a medical call and as the ambulance personell were attending to the patient, Credit started the ambulance and drove off. Police were able to track its gps and Credit was arrested before he could get to hospital.
“I got beat up by four guys,” Credit said, according to Tampa Police. “I saw the ambulance and I was going to drive myself to the hospital.” He was later taken to Tampa General Hospital for treatment.He has since been charged.