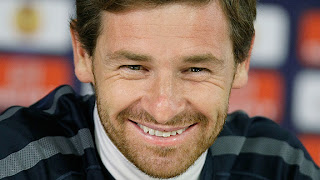 Andre Villas-Boas might well be on his way to coaching Chelsea after he tendered his resignation as Porto’s manager. While at Chealsea he will have the honor of coaching his age mates, Drogba and Lampard Chelsea has been searching for a coach ever since they fired Carlo Ancelloti following a less than perfect performance. Boas who is slowly been compared to his former boss Jose Mourihno is just out of winning everything there was to win with his now former club Porto. This is very similar to Mou. except in that Boas has not waited for UEFA glory. Though not confirmed everyone expect that Boas is headed for Chelsea. Porto however had less than kind words for him and accused him of leaving without  a just reason.

Delilah by Mavado < Previous
The New Africa Magic Swahili Next >
Recommended stories you may like: