Harry Kimani Recounts Bumping Into Coldplay Several Times, But Not Recognizing Them 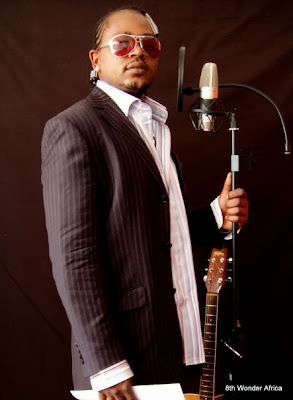 Kenya’s Afro-fusion artist, Harry kimani is back in the limelight. The talented guitarist is participating in the ongoing Coke Studio Africa Show.

“I was very excited! I did something that I have never done before,” Harry said of his stint on the TV show. “One of Nigeria’s biggest DJs Jimmy Jatt and I reproduced Fela Kuti’s song Lady. I added some of my RnB vibe into it and the cool DJ Jimmy Jatt nailed it with his beats and mixes.”

The award winning musician recently said one of his best achievements yet, is recording his album “Tuishi Mi Na Wewe” in the same studio as Coldplay. Funny enough, Harry recounted how be bumped into them several times as he walked in or out of the studio, but did not know who they were.

Coldplay are a British rock band very popular for their back to back hit albums.

On his experience at the Coke Studio, Harry described it as great. “I got to learn some Nigerian Pidgin through my interaction with DJ Jimmy Jatt. I felt the need to learn Pidgin because I wanted to bring out the best in Fela Kuti’s song.” he said.
He continued, “One night I even dreamt about the song. Every morning I would listen to both Fela Kuti and Manu Dibango’s versions of the song, just to ensure Jimmy and I produce an edition that is at par with the previous ones, but also a bit unique. I must admit I was a bit nervous from the beginning because I am used to doing songs within my genre. Nevertheless, I sang an Afrobeat song! It was challenging, but I pulled it off.”

Loading...
Bamzigi Graduates From a New York School & Challenges Kenyan Artists To Think International < Previous
Retired President Kibaki To Give Public Lecture at The University of Nairobi Next >
Recommended stories you may like:

This is why sexy Judge Jo-1 is not just Body Goals.. But Mommy Goals too

HAHAHA! This Chic Will Crack You Up With Her Crazy Mash-Up Of Kenyan Hits – VIDEO
Loading...
The Latest