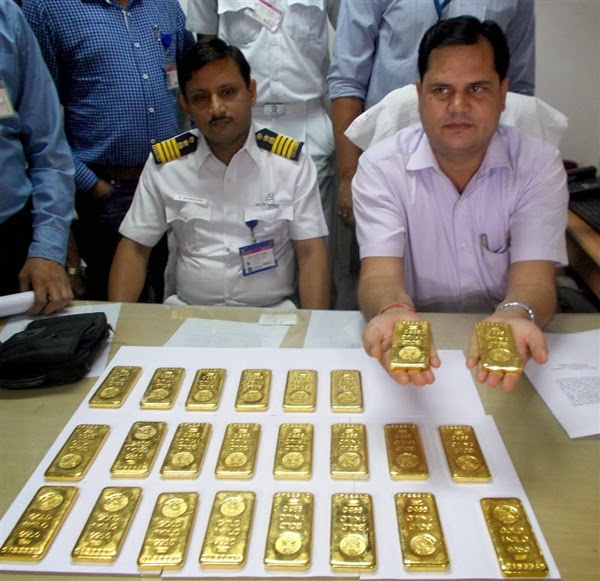 A hidden stash of gold bars worth $1.2 million was found in a commercial jet’s bathroom on Tuesday, according to officials in India.
An aircraft maintenance crew found the 24 gold bars in two bags aboard a Jet Airways Boeing 737 while they performed routine end-of-day checks at Kolkata, India, airport.
“It was quite a surprise,” airport director BP Sharma told NBC News. “The bars were packed in bags so we did not immediately know what it was. The bags were inspected and found to be gold.”
The flight had traveled from Mumbai to Thailand’s capital Bangkok, before returning to Kolkata for the night.
Sharma said the bars weigh 53 pounds in total and appeared to have originated in the United Arab Emirates. They were found in a compartment in the bathroom.
While this is the first time gold bars have been found on a plane at the airport, security checks have in the past caught people trying to smuggle gold onto aircraft in their hand luggage, the airport director said.
A customs official told NBC News that an investigation had been launched but no arrests had been made.
India has traditionally been the world’s largest importer of gold, although that title is being threatened this year by China.
Much of India’s vast gold consumption is hoarded or offered to the gods.
– NBC News
Loading...
‘Too Fat To Fly’ Man To Take Ferry To France < Previous
HILARIOUS – The Evolution of The Mona lisa (PHOTOS) Next >
Recommended stories you may like: