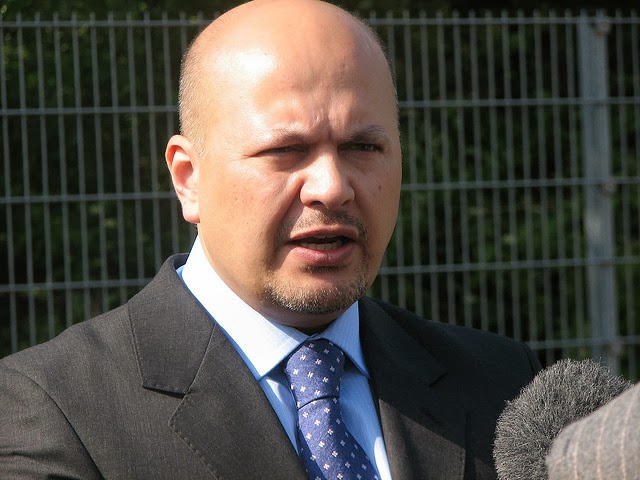 1.He is a British lawyer and specialist in international criminal law and international human rights law
2.He was called to the bar in 1992 at London’s Lincoln’s Inn
3.He attended Wolfson College at Oxford University for doctoral studies in law
4.He presently carries on an international practice before courts in Britain and abroad.
5..He worked as a Senior Crown Prosecutor at the British Law Commission
6.From 1997-2000 served as a legal adviser to the UN International Criminal Tribunal for the Former Yugoslavia and International Criminal Tribunal for Rwanda
7.He served as defence counsel before Special Courts in East Timor, Sierra Leone and Yugoslavia and Rwanda
8.In addition to international criminal and human rights law, he has in-depth experience and expertise in immigration and asylum law
9.He is a member of the Queens Council.
10.Karim Ahmad Khan was appointed to lead the Defence team of President Charles Taylor of Liberia at the Special Tribunal.

Loading...
PHOTOS – Here is Your Sexy 2014 Football Calendar < Previous
CARTOON – CJ Willy Mutunga’s Way of Doing Things Next >
Recommended stories you may like: