VIDEO – New Chilling CCTV Footage From Inside Westgate During The Attack 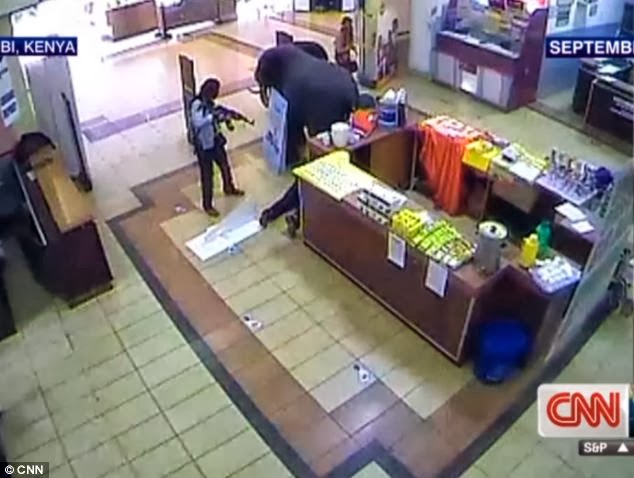 New CCTV footage has emerged from inside Westgate, during the September 21st attack. In what appears to be the exact moment the terrorists struck, shoppers are seen running and scampering for safety, some of them lying on their tummies.

The entrance, which was initially full of people, soon becomes empty, with everyone going into hiding. A man cowering behind a counter is shot by one of the gangsters, who leaves him for the dead. However, the injured man tried to get up, prompting the terrorist to finish the job.
A camera on the roof top parking shows two other terrorists shooting around.

Here is the video by CNN.

Loading...
PHOTO – Wanjiku The Teacher Back in High School < Previous
Shocking Celebratory PHOTOS From Somalia After Al-Shabaab’s ‘Victory’ At Westgate Next >
Recommended stories you may like: