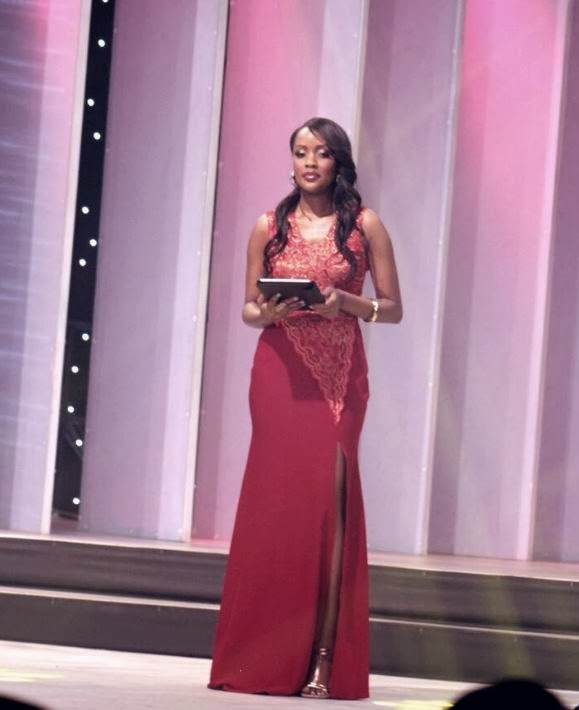 Tusker Project Fame season 6 premiered last weekend. We had a few surprises, like Eric Wainaina being the principal, and a good looking stage.
The absence of Sheila Mwanyigha was not exactly a surprise, as the new host, Joey Muthengi, had been hosting the auditions.

Apart from the sound technicians, the other person who received a thumbs down from viewers was the new host. Comments on social media were not very pleasing, with most people saying she was boring.

Whether it was her somewhat deep voice, or her evidently little chemistry with Mitch, Joey was completely unable to hype up the crowd.
Remember, this is not the first time she is facing similar criticism. During the Tusker All Star’s competition, they had introduced a ‘Super fans’ section, which featured Joey and radio personality Vipul.

A good number of fans complained of how boring that segment was, prompting Ian Mbugua to be introduced to save the day.

This weekend will definitely be a defining moment for Joey. Kenyans will continue to compare her to the ever bubbly Sheila, and perhaps expect her to perform better.
Here are some twitter comments regarding last Sunday’s show.

Loading...
10 Stunning PHOTOS of Singer Amani < Previous
VIDEO – Kanye West Brings ‘Jesus’ on Stage Next >
Recommended stories you may like: