10 Things You Did Not Know About Gor Mahia 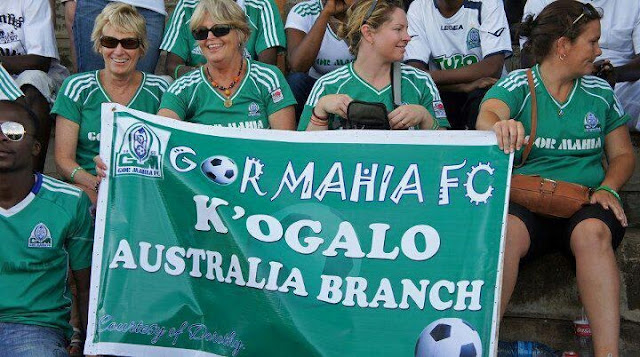 With Gor Mahia being confirmed 2013 Kenyan Premier League (KPL) Champions, the club is fast becoming a darling of all and sundry; even people who had hitherto not cared much about Kenyan football. Here are some interesting facts about the club that can help you appear like the ultimate fan amongst your peers.

1. The club was founded in the 1910s. It was, however, formally established on February 17, 1968 as a merger of Luo Union and the Luo Sports Club (also known as Luo Stars).

2. Among its original leaders were the late Tom Mboya and the late Jaramogi Oginga Odinga.

4. Gor is the only team from Kenya and the CECAFA region to win an African continental title to date. They lifted the African Cup Winners’ Cup (now the CAF Confederation Cup) in 1987.

5. In 1991, Gor Mahia wore shirts emblazoned International Casino. However, the monies raised from the sponsorship are yet to be accounted for.

6. In 1996 Gor were eliminated in the first round of the Africa Champions League by Zimbabwean side Dynamos, leading to the worst riots (as a result of the outcome of a football match) ever seen in Nairobi.

7. In 2001, Raj Binder Singh became the first Kenyan of Asian origin to chair a senior football team when he became chairman of Gor Mahia.

10. In 2006, the club refused to pay a KPL-imposed fine. The fine was later settled by an anonymous “senior official of another KPL club”. In a letter to the then KPL Managing Director, the person who made the payment wrote in part “it is deeply disappointing that a few colleagues who are senior Gor Mahia officials refuse to respect the KPL policy against assaults on referees …their refusal to respect the rules also saddens me because it is not those officials but their own players who are suffering the most after playing so well this year. Out of respect and sympathy for the Gor Mahia players, I enclose full payment of Ksh 45,063 so they can resume playing…”